Kristen Watson Financial Planner Kristen is very intuitive and detail oriented. Her favorite part of the job is being able to combine her analytical and interpersonal skills. She loves how this job enables her to help SYM clients achieve their financial goals while being able to form relationships with them. She is grateful for a SYM culture that allows her to grow each and every day as a better person, professional, and coworker. Winona Lake, 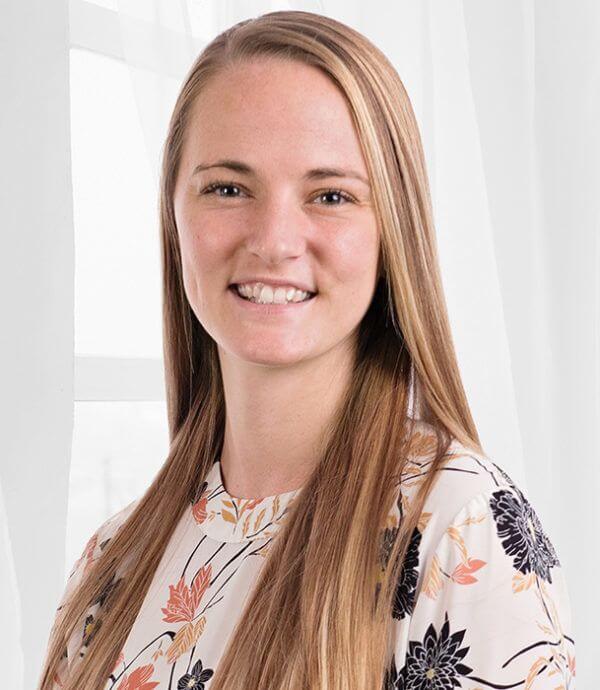 Kelly Furnival Kelly Furnival Corporate Administrative Assistant A former teacher, Kelly brings attention to detail and a willingness to serve others to SYM everyday. She enjoys developing uncommon relationships with clients as well as the with her co-workers. Her goal is to make clients feel engaged, heard, and respected. Winona Lake, IN kfurnivall@sym.com Credentials Bachelor of Science in Elementary Education with a concentration on Language Arts – Grace College and Theological Seminary Community Volunteer Volunteer Jodie Wolfe Jodie Wolfe Client Service Representative Jodie brings efficiency and attention to detail in the work that she performs. In addition to serving clients, she supports the CEO and is our specialist for the SYM Asset Management offering. Her favorite part of her job is that she is constantly learning different facets of the financial industry.  She loves getting to know her clients beyond the computer. Winona Lake, IN jwolfe@sym.com Credentials Bachelor of Arts Jerry Yeager Jerry Yeager Chief Executive Officer and a Senior Financial Advisor In 1997, Jerry joined SYM. In 2002, Jerry became COO and was promoted to CEO a year later. Driven by SYM’s foundational belief that financial needs are served best by a private, employee-owned firm focused on its clients, employees and the communities it serves, Jerry led the senior management team to a successful buyout of the firm’s founding shareholders in 2006. The aspect Gabriella Tucker Gabriella Tucker Gabby is a Financial Advisor. Gabby’s favorite part of her job is forming relationships with SYM clients, being their advocate, and helping them achieve their goals. She enjoys the complexity of financial planning and the markets- there is something to learn from every day. She loves the SYM office because she is surrounded by knowledgeable colleagues with unique expertise who are always willing to help one another. The level of team